One of the most famous stories eulogized by Hwarang literature is the martyrdom of the son of General P’umil, who died in the wars of unification. Kwan Chang was a Hwarang commander at the age of sixteen. He was captured during a battle with Paekche, one of the western kingdoms. Since his high-ranking battle crest indicated he was the general’s son, he was taken before the Paekche general. Lifting his war helmet, the Paekche general was taken aback at his youth. Thinking of his own young son, he decided against execution, which was the usual fate of the captured officers, and returned him to Silla lines. Kwan Chang went before his father and asked that he be sent back into battle at the head of his men. General P’umil agreed. He was captured after a day-long battle, but after he was disarmed, he broke loose from his guards, killing both of them by hand and attacked the Paekche general’s second in command. A leaping, spin kick killed the commander as he sat on his horse, a full eight feet in the air. Finally subdued, he was taken before the Paekche general. Much distressed over the loss of his chief commander, he told Kwan Chang, “I gave you your life once because of your youth, but now you return to take the life of my best field commander.” This time the Paekche general returned the boy’s head attached to the saddle of his warhorse. At the Silla line, General P’umil grasped his son’s head and wiped off the blood with his sleeve. “My son’s face is as when he was alive!” he shouted to his men. “He was able to die in the service of the king. There is nothing to regret.” The General rode back into battle to complete the final defeat of Paekche. This was the famous Hwang San Bul battle and the story became legendary throughout Korean culture.

Heroic legends of the Hwarang warriors were preserved in many forms: dances, poetry and literature. They were told and retold from one generation to another and provided an example for the youths of each generation to follow. The fighting spirit of the Silla warriors was so widely known that even the most powerful enemies hesitated to attack.

One of the most famous stories about the young Hwarang general named Yusin Kim illustrates the respect that the country of T’ang (as China was known in this period) had for the people of Silla. General Kim was fifteen years old at the time he became a Kukson and commander in the army. Some years later China and Silla were in an alliance in a war against Paekche. The Silla armies had engaged Paekche in a battle and defeated them. But the battle had taken several days and it caused the Silla commander, Moon Yong Kim, to be late for a meeting with the Chinese general, who was the top commander in this temporary alliance.

The Hwarang commander and General Kim went before the Chinese General Jŏng-bang So to report the good news of their victory. But General So wanted to punish the Silla Commander for his disobedience and late arrival, so he ordered his execution! Suspecting treachery, that China’s real intentions were to first take Paekche and then turn on Silla, General Kim spoke out angrily, “Are we your allies or your slaves?” Then in a burst of fury he exploded, “I will first fight with your army and then we will defeat Paekche.” Yusin Kim’s sword rose from its scabbard by itself into his hand and he was about to take the life of the Chinese general. It was thought in those times that the sword was the soul of the warrior and that it followed the mind of its master. Seeing this, General So was taken with fright. He quickly apologized to General Kim and rescinded the order of execution. Once Paekche was defeated Silla prepared for a war with China. However, General So was afraid to attack Silla and returned home to China. Asked by the Emperor why he had not also taken Silla, General So said, “It is true that Silla is a small country, but their King is very wise and the generals are fierce and loyal. All the people are united in a strong camaraderie.” He repeated the incident with the Hwarang commander and said, “They are small, but we cannot defeat them.” 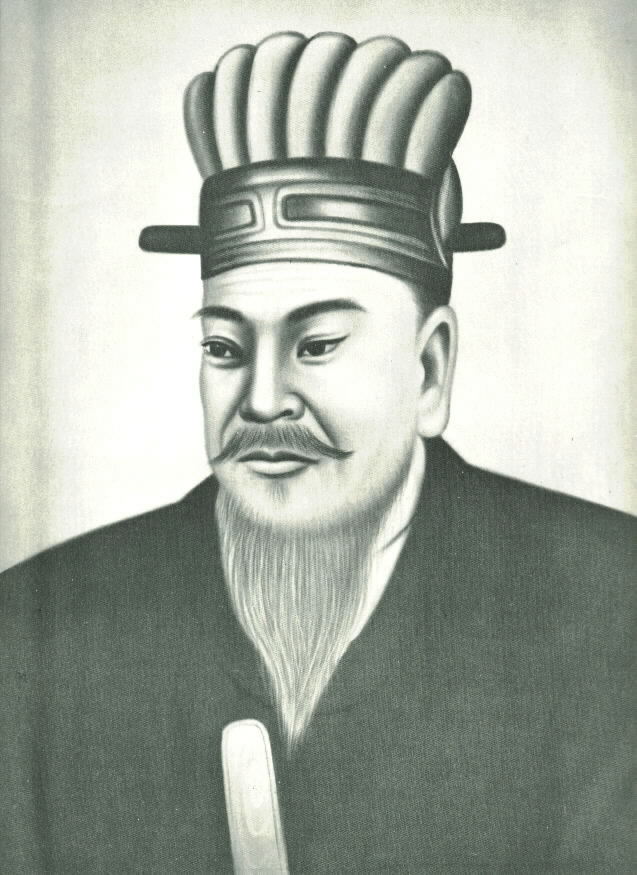 Another story that reveals the depth of familial bonds of the Silla period concerns the death of the Hwarang General Bi Nyong Ja. Asked by General Kim to lead a suicide attack against a large Chinese force. Hwarang Bi Nyong Ja replied, “You have given me a great honor to show loyalty to my king and country.” He then requested that the general watch over his son and prevent him from following him into battle. Since Hwarang Bi Nyong Ja had only one son, he was concerned that his family name would not live another generation. General Kim assured him that he would watch over his son. Hwarang Bi Nyong Ja entered battle and was killed. Upon witnessing the death of his father, the son mounted his horse and followed his father into battle and was killed too. Then followed the house manager and servant who were also killed. The whole Silla army witnessed this act of loyalty and, swept with a wave of sympathy for this act of sacrifice, charged into battle to avenge the death of the Bi family. They defeated the Chinese armies and saved Silla from almost certain conquest.

Fraternal loyalties among the Hwarang warriors were frequently as strong as familial ties. Another story is about Hwarang Sadaham who was fifteen years old when he became a Hwarang under King Chinhung. In a war with the Northern kingdoms, Sadaham pleaded with the King that he be allowed to lead the first attack. In spite of Sadaham’s young age, the King consented so as to demonstrate the bravery of the Hwarang youth. Sadaham led the army into battle against a fortress and he was the first to breach the gate. For his bravery, King Chinhung gave him 300 slaves from the defeated army, but Hwarang Sadaham gave them their liberty and wished no personal rewards for his deeds.  In this war, Hwarang Sadaham lost his closest comrade, Hwarang Mu Kwan Rang. From early childhood the two young friends had a death pact that obliged each to commit suicide should one or the other die in battle. Sadaham heard of his friend’s death and fell into remorse and mourning. He refused to eat or sleep for seven days. He died on the seventh day, and his sacrifice was eulogized in Hwarang records for centuries to come.

The story of Hwarang Wonsool, the second son of Yusin Kim, Supreme Commander of the Silla army, is similar in its importance. Hwarang Wonsool was a lieutenant in the army when it suffered a defeat at the hands of Chinese troops. Upon his return, his father requested permission from King Munmu to execute his son for the disgrace he brought on the family and the country. But King Munmu replied that the boy was not in command and thus was not responsible for the defeat. Nevertheless, the father banished his son into exile in the mountains as a monk. When the father died Wonsool came back down from the mountain to face his mother, but she refused to see him replying that she would not violate the father’s command. Wonsool returned to Tae Bak Mountain. Some years later China launched another war. Hwarang Wonsool heard of the impending war and returned to the King to request that he be allowed to enter the battle. He was given a command and performed brilliantly. King Munmu wanted to reward him, but Wonsool refused, saying that his family held him in shame and that he could not accept. He returned to his mountain once again to live out his life as a hermit monk.

These stories, which became part of the Korean folklore and heroic legend, were not idle fairy tales. They served as models of the martial code of chivalry. This code evolved into a system of ethics and morality that was essential to the Hwarang warrior’s mentality. Ego and self-interest was never sufficient to sustain such a commitment.

The Hwarang code of ethical behavior was developed by the monk Wonkwang Bopsa. He told his young disciples, Hwarang Kwisan and Ch’uhang, that there were ten commandments associated with the Buddhist ordination, but they would not be able to completely follow.  As a result, he created five rules for the Hwarang to follow as rules for life. From this point on these five rules have become known as the Hwarang O-Kae (오계 五戒 – Five Rules of the Hwarang). These five rules have been passed down and held by the Hwarang warriors of every generation since Wonkwang Bopsa first gave them to his two Hwarang disciples about 600 A.D.